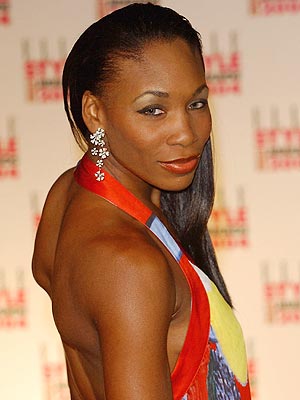 In her third Olympic appearance and eight years after winning two gold Olympic medals, Venus Williams is back and ready to compete in women’s singles and doubles tennis.


Though a mild scare caused rumors that her health wasn’t at peak, her agent assured everyone that there was nothing to worry about.


And to prove that right, the only thing either sister seems to be worried about is how many athlete pins they can add to their pin collection.

Like her sister, Venus has a long list of athletic accomplishments. Even her most recent competitions show that she hasn’t lost her spirit or edge and will be a force to be reckoned with in Beijing.

Picture Credit: TheSaucyReport.com, PicApp.com
Check Out All of the 50 Most Beautiful Women of the Olympics
Continue Reading
You may also like...
Related Topics: