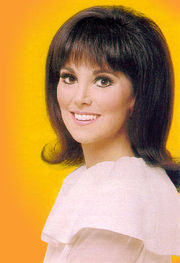 Can you imagine all the TV Shows that have appeared on TV but are now locked down in some storage basement gathering dust, only ever shown now and then on some hidden TV channel?

I bet you can think of loads of old TV Shows, documentaries and Films that you would just love to have available on demand to watch. There is a massive library of videos and it would be so great to be able to watch them whenever you want.

Well the internet is beginning to make it possible as TV companies begin to realize they can whack all those old TV shows online so people can watch them whenever they want.

TVLand.com is doing just this with a Marlo Thomas special showing full episodes of the classic Sit Com That Girl and also the TV Special Free to Be.

Free To Be features songs and stories from celebrities including Marlo Thomas. It was aired as a TV special in 1974.

You can watch this classic Marlo Thomas TV here.