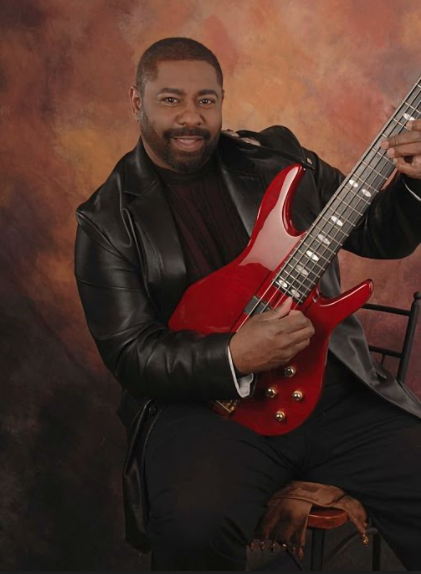 Mark Kenoly knows that music is the language of the soul, which is why he has released a joyful and uplifting new single to share his powerful message of faith and hope.

Mark Kenoly, a musician, music producer and Christian minister, based in Santa Clara, California, has now released his new single called ‘Everything I Want’. The song is now accessible on all major streaming platforms.

Go to https://drive.google.com/file/d/1PepO2zoYYqmEX3t0Cg6Zkp9T3hwrF2Sv/view to find out more.

The new song release comes in response to a year and a half lived under the hardship of a global pandemic and in the face of troubling global unrest.

As such, with his uplifting and cheerful new song, it is Mark Kenoly’s mission to remind Americans not to get trapped by worries and negativity, because he believes that the future is bright and things will improve.

The new track, ‘Everything I Want’, was inspired by a Bible verse from Philippians 4, which states that “My God will supply all your needs according to His riches and glory” and Kenoly is hopeful that this optimistic message will be shared by his listeners.

The contemporary easy-listening Christian single features an upbeat melody with lyrics that will remind Christian listeners that everything they need can be found in their faith and their relationship with God.

The lyrics to ‘Everything I Want’ also contain a message of humility, reminding listeners like you that faith is the truer path to joy over material desires and status, especially in these difficult times.

The song is now available for download and to be streamed on all major music platforms including Spotify and Youtube.

The rest of his discography and some of his live and archival recordings are also available online.

Mark Kenoly is both a musician and a worship leader. His solo and collaborative musical work has been recognized by three Grammy award nominations. He has also received two Christian music Dove Awards for Inspirational Album of the Year.

He is currently running his independent recording studio Kenoly Music and is writing and producing for fellow Grammy-nominated musical group, Gospel Hummingbirds.

A spokesperson for the singer, songwriter and bass player said, “Mark’s heart in his music is to encourage, bless, and give people hope in these hard times through God and music.”

If you are looking for an inspirational talent in the Christian music field look no further than Mark Kenoly.

To find more information about Mark’s music and to listen to his soulful and catchy new single ‘Everything I Want’ visit https://drive.google.com/file/d/1PepO2zoYYqmEX3t0Cg6Zkp9T3hwrF2Sv/view

These German Singers Introduce Foreigners To Schlager With This New English Song
Best Language Classes For Students In Singapore To Read, Write And Speak Korean