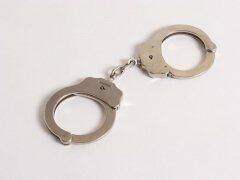 Criminal masterminds are the subjects of numerous movies and books. Their stories are quite fascinating, full of intrigue and ingenious schemes. But dumb crooks are funnier.

Criminals, like everyone else, have varying levels of intelligence. Some can pull off strings of robberies without a hitch. Others find it a feat just to get out the door at the bank. Here are some videos of the most hilariously dumb criminals on the Web.

How Not to Break Into a Liquor Store


Liquor stores are frequent targets of thieves. But most of them wait until after they get their haul to get drunk. Not this guy. He apparently got hammered first, then tried to get in through the roof of this liquor store. He finally made it in, but after that things just went downhill.


The bank robber in this video is having a terrible day. First the teller activates a security shield, causing him to lose a day’s pay. Then when he tries to go out, he’s locked in. Oh, wait, no he’s not. He just doesn’t know how to operate the door.

Help, I’m Being Held for Ransom!


Kidnappers are often ruthless in their pursuit of ransom money. But they usually ask for millions, or at least thousands of dollars. This guy called the cops and told them that drug dealers had kidnapped him and were demanding a ransom… of $200. As it turned out, the guy was his own kidnapper.


Criminals often use fake IDs to commit crimes. But what do you do when you’re making an ID and don’t have a picture of yourself? One guy in the United Arab Emirates just downloaded a picture off of the Internet to use. Too bad he didn’t realize that it was a picture of a major American movie star.

Would-Be Thief Knocks Out Accomplice and Self


The crook in this video has a great plan: Get his buddy to look out while he gets some big rocks and breaks a window. Unfortunately, the window doesn’t budge and both of the two guys end up out cold.