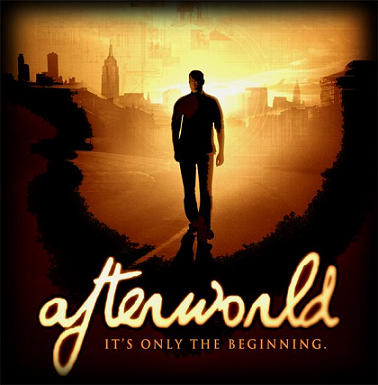 Afterworld is a popular online Sci-Fi web series produced by Stan Rogow (State of Grace, Nowhere Man). The story centers around Russell Shoemaker: a traveling business man that wakes up to suddenly find that all electronic technology is dead and that 99.9% of the human population has gone.

Think of it as an animated version of I Am Legend, that is, with a white guy instead of Will Smith.

Since it’s MySpace debut August of last year, Afterworld has continued to gain millions of viewers on a monthly basis. Each episode is a sort of documentary of Shoemaker’s 3,000 mile journey to across America; a trip he takes with the hope of finding his family in his hometown Seattle, Washington.

Season 2 has ended and the show is currently on a break until the fall. As the creators state on their YouTube channel, “[this is] a chance for new fans to catch up on episodes, read all the journal entries and develop their own theories.” After Thanksgiving, the show will resume with seasons 3 and 4.


This is the very first episode of Afterworld. Some may find the animated story visually appealing, while others may find is an annoyance compared to most web series with real actors.

Colonizing the Moon Video | How Soon Do We Leave?
SwiftKids Make Fun of Obama’s Drug Use | Cocaine & Kids, Gone Too Far?

Watch Google Pixel 5 & 4A 5G: Which Should You Buy? CNet Video