The Twilight phenomenon has no doubt had a profound effect on teens today. In case you haven’t noticed, “Teen Werewolf” groups are now popping up as yet another outcast click to join. Emos and goths be warned.

And with the new fad comes a new YouTube sensation called AlphaWerewolff- is he overly sensitive and mistakenly hilarious? Or is he an elaborate character created to mock Twilight fans? 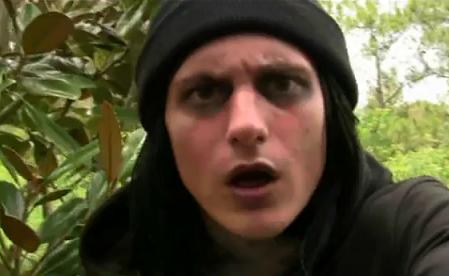 While people like Chris Crocker seem genuinely upset in their videos, this teen werewolf spends an unhealthy amount of time trying to prove that he’s legit by destroying his TV, Xbox 360, and a stolen cardboard cut-out of Jacob on camera. If I had to bet money on it, I’d say that AlphaWerewolff isn’t real.

Still, that doesn’t make his videos any less entertaining. Here’s a typical rant from this self-proclaimed teen werewolf: