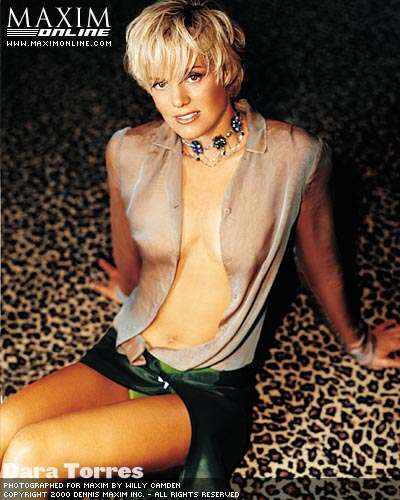 Torres already holds the record fold the oldest swimming gold medalist and could better that record from 33 to 41 at this year’s Olympics (birthday April 15, 1967). Even despite a shoulder operation in 2007, having a daughter in 2006, and making a comeback at age 32, Torres is still going strong. Check out another pic of her in a bikini here.


Dara has broken her own records, worked in television, worked as a spokeswoman on workout videos and much more. She has led a full life with an excellent career, and yet her love of swimming keeps her coming back for more.

Even motherhood gets incorporated, collecting one of her medals with her daughter (15 months old at the time) in her arms.


She will definitely be one to watch at this year’s Olympics.

Picture Credit: GetOutdoors.com, PicApp.com
Check Out All of the 50 Most Beautiful Women of the Olympics
Continue Reading
You may also like...
Related Topics: