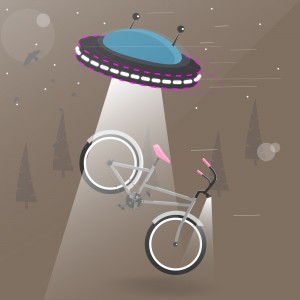 Celebrity actress, stylist, and all-around socialite Drew Barrymore claimed this week that E.T., the extraterrestrial she starred with in the 1982 movie of the same namesake, abducted her several years later for unknown reasons. Barrymore claims she was taken between October 4-6, 1995, from her California home.

Barrymore said in unsubstantiated reports she didn’t know how long she had been in outer space. “They took some body fluids and examined me, you know, alien stuff, but not without permission. The aliens on the ship were very, very nice.”

According to reports, medical examiners were unable to find evidence of an abduction. So far, nobody has come forth to report the actress had been missing for any substantial period of time.

The Non-Associated Press reported that no suspicious activity was reported in the local area at the time Drew claims to have been abducted by extraterrestrials. A local dispatch obtained over wires did, however, report a couple of missing bicycles around the same time.

‘Friends’ to Return on All Major Networks
BIG PHARMA PAYING DR POP TO MAKE YOU STUPID!