Drunk History is a FunnyOrDie web series that has only recently come to my attention now that it airs on Fridays on HBO.

The concept of the show is pretty simple: get a celebrity drunk and then get them to tell a historical event. 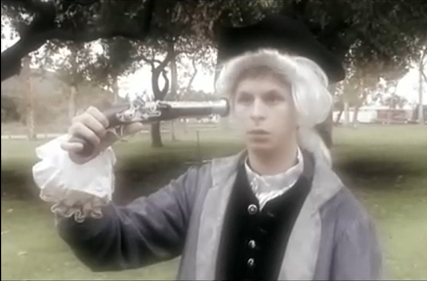 With ridiculous costumes and guests like Jack Black and Michael Cera, ‘Drunk History’ is already a formula for success. After all, who isn’t funny when their drunk?

What keeps the show interesting is the fact that the historical events that are discussed are actually pretty amusing themselves. Exposing Thomas Edison as an “asshole” isn’t exactly something most people learn in school.

In this episode that features Nikola Tesla, the truth about Thomas Edison’s real personality is revealed. You can catch the new season of Drunk History on HBO on Fridays.