Dove knows how hard life is for women in their 20’s, and apparently MTV does too. The two companies have teamed up to create a new micro series that premieres every Monday in conjunction with MTV’s highest rated show ‘The Hills.’

Oh, and did I mention it stars Alicia Keys?

Every three-minute long episode of ‘Fresh Takes’ follows the lives of three roommates in their mid-twenties living in New York City. By airing the series in between segments of ‘The Hills,’ Dove hopes to target potential customers for their new fragrance-driven product collection. 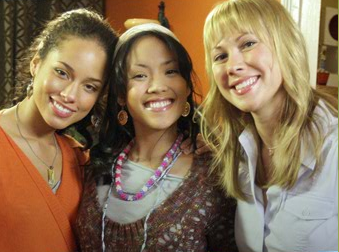 Here is the cast for the show. Aside from the wonderful Alicia Keys, episodes also star two other up-and-coming actresses who also happen to be pretty easy on the eyes:


This is the official trailer for ‘Fresh Takes’ that premiered on MTV earlier. Catch the first episode during tonight’s broadcast of ‘The Hills.’ After every episode airs, it will be put on Dove’s Go Fresh site.