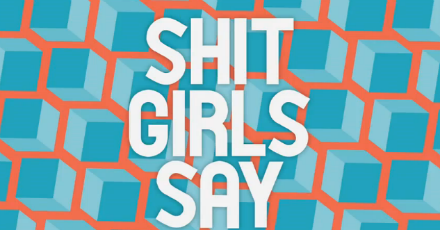 If you haven’t heard of ‘Shit Girls Say,’ I hate to break it to you, but you might not be hip. Creators Kyle Humphrey & Graydon Sheppard worked their ass off to gain over 700,000 followers on twitter until they had a large enough following to start their web series.

It’s such a simple concept, it’s no wonder that there are countless off-chutes of the show. 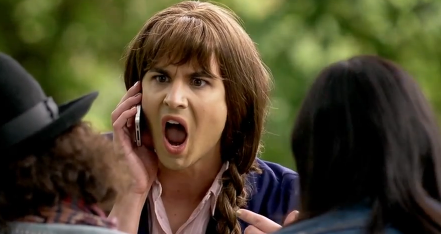 Each episode of ‘Shit Girls Say’ is merely a compilation of stereotypical yet quotable phrases that girls might catch themselves saying. I showed my lesbian sister the first episode, and while she herself couldn’t identify with a lot of these sayings, she knew a lot of “feminine” girls that did.

Maybe it’s because of channels like Oxygen and Lifetime, or maybe it’s because of how girls are portrayed in Hollywood, but these sayings/mannerisms are so common it’s scary. While the series is only on episode 3, I could potentially see it going on forever.

This is the first episode which started the countless What ____ Say knock offs (also featuring Juliette Lewis).