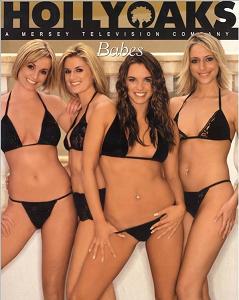 British soap Hollyoaks, a daily teatime drama designed for young people and teenagers, is set to expand its scope from traditional television, to the Internet and mobile phones.

The soap currently airs week nights on Channel 4, but if the firm which produces the show has their way, it will soon find a potential new audience via a multitude of new platforms.

Conker Media, which is owned by Hollyoaks producer Lime Pictures, is planning on introducing new story lines which can spill over from the main Channel 4 show on to mediums such as the Internet and mobile phones.

“This year you’ll see more innovation around storytelling within Hollyoaks. A particular idea we have will see stories kick off in the main show that end up playing out on broadband and mobile platforms.”

“But it won’t spoil your viewing of the main show on Channel 4.”

“Audiences watch Hollyoaks on Channel 4 and then switch over to see the first look episode on E4. We want to look at how we can continue that leap onto channel4.com.”

Channel 4 have already moved in to the field of online video, and attempted to increase their audience by making programmes available on 4OD, and the forthcoming Kangaroo. Now Hollyoaks could be increasing those options.

The new content, and multi-media storylines are scheduled to appear on our screens, and the Internet by the end of 2008.

Watch All Quiet on the Western Front (2022) Movie Review Video