Imaginary Bitches is a unique Emmy nominated web series that mocks the theory that most women can’t stop talking- even to themselves. Since the series has been so successful (4 million views and counting), a movie is currently in the works.

When the lead character Eden (All My Children) isn’t able to get a hold of any of her friends to talk to, she suddenly starts seeing imaginary friends. Sure, they’re always around when she needs them, but sometimes they can be real bitches. 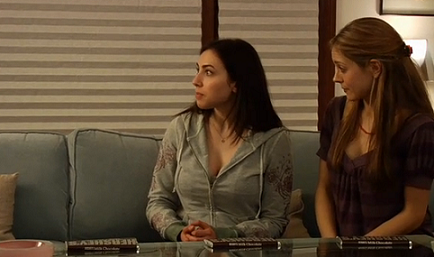 In each episode of Imaginary Bitches, Eden manages to find herself face-to-face with an imaginary friend that is always open for conversation. At first there is only one friend, but as time goes on, Eden finds herself with more imaginary friends than real ones.

In this first webisode, Eden discovers her first imaginary friend after having sex. Catherine turns out to be extremely mean, especially to those people that can’t see her.