Some people just never grow up. Michael Agrusso also known as ItsJustSomeRandomGuy on YouTube is one of those people. Every week or so, the comic book geek/grown man narrates and uploads videos of himself playing with Marvel and DC action figures.

While most people would call him strange, his girlfriend and 31,000 subscribers think he’s a genius. In fact, his funny videos have generated over 10 million views and counting. 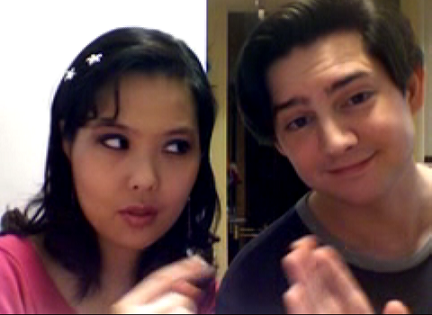 Michael, along with his girlfriend Brinna, started making “I’m a Marvel..And I’m A DC” parody videos back in March of last year. Little did they know that their low-budget videos would become extremely popular to the point that “the big guys” would take notice.

The people behind this year’s New York Comic Con even asked Michael to promote their convention through his YouTube Channel. After the success of his first “season” of Marvel vs. DC parodies, he is now working on a second season titled ‘Happy Hour’ in which comic characters get wasted.

There doesn’t seem to be an end in site to his action figure obsession. “As long as people want to watch ’em I’ll keep making them,” he said in a recent interview with Marvel.com


This is the latest video from ItsJustSomeRandomGuy. In light of the new Iron Man and Batman movies coming out this summer, he thought it would be appropriate to make a video with both of the characters. The concept is just as funny as it was a year ago.