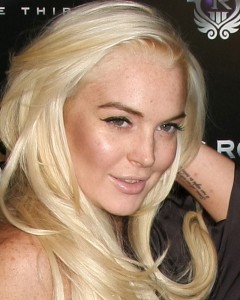 For actress, singer, and model has been reported to say she is getting more publicity by remaining elusive than doing any work in the public spotlight. Sources in Hollywood claim her strategy is calculated. No spotlight has meant focusing on other things, Lohan has said, but remaining in her position of anonymity has boosted her morale.

Many blame various personal and legal problems for Lohan’s absence from the public eye. Some insiders have suggested for some time she may be staying low for a reason. She has been seen working with kids and at women’s shelters, doing good deeds.

However, rumors have surfaced she will appear in “Sick Note”, an upcoming UK series in which she’ll play her favorite role, the boss’ daughter.

“I’d also like to space movies. It’d be so cool to shoot aliens and stuff, or be the savior of a planet,” Lohan said to a friend under Oath of Embellishment.

P. Diddy Doesn’t Know What to Do with His Money
Steve Harvey Goes Script less for “Celebrity Family Feud”