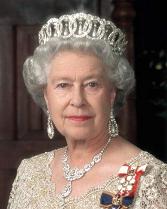 In the UK ,the Queen’s Speech is a Christmas Day tradition up there with eating too much turkey dinner, opening presents, even if they are socks and pants, and watching crap films on the TV.

Now, with the introduction of a new channel on YouTube, officially commissioned by the British Royal family, people from around the world can watch the speech online.

The Royal Channel has just launched on YouTube, the massively popular video sharing website, and already there are a number of interesting clips available to watch.

The Queen is now 81 years old, and has been doing the Christmas day speech since 1957, making this the 50th anniversary.

This year’s is the first to be avilable online, although you can now also watch the original.

This year’s Queen’s speech will appear on the site just after it premieres at 3pm on British television.

Other clips already available include A Day In The Life Of Prince Charles, and The Queen Mother’s Wedding, from way back in 1923.

The page is laid out very nicely, and maintains an air of royal importance, and it’s nice to see such an old fashioned austere institution such as the royal family grasping the new technology.