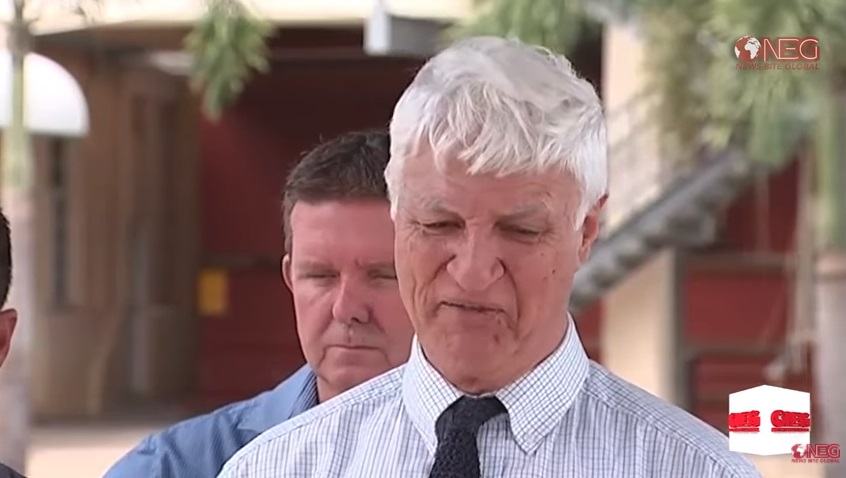 That’s Bob Katter. He sticks to the important issues. I mean, really. What about the crocs?

“AN interview with colourful North Queensland Federal MP Bob Katter is going viral online after the pollie gave a bizarre answer to a question about marriage equality.

“The clip was aired on ABC current affairs panel show Insiders, and left the show’s panel including host Barrie Cassidy in stitches.

“Katter asked for his view on Australia’s historic vote in favour of marriage equality during a press conference last week — and his response took more than one unexpected turn.”