‘COPS’ has been the reigning king of reality police-force shows since forever. But as of last week, SpikeTV in collaboration with Al Roker Productions Inc. (yes, that Al Roker), has launched a new series documenting Detroit-based DEA special agents.

So how does it compare? Watch the very first DEA episode online now and see for yourself. 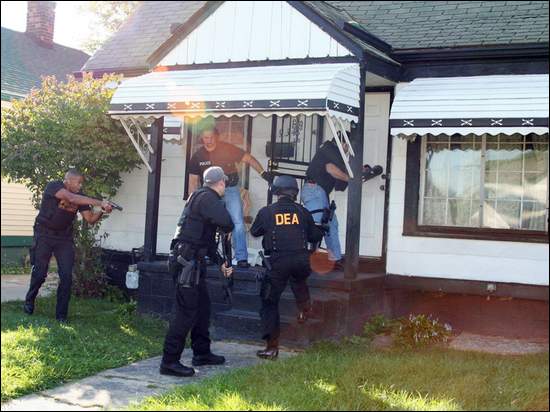 So what sets DEA apart from other cop shows? “[It captures the action that happens] when we’re not on the streets,” answers special agent Justin Mohr. Roker hopes that the addition of personal relationships between the agents will keep audiences entertained enough for a second season.

“I would love to continue in Detroit,” he states. I’m sure he would; rumor has it that it took two years of negotiating with theDEA just to get permission to film. The second of part of the six-episode season airs this Wednesday on SpikeTV.


This is the trailer for the series. To me it almost seems too surreal at some points. But what do I know? I’m not risking my life at drug busts everyday.