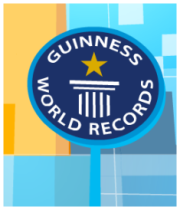 For some, the need to achieve fame and recognition and win awards lead them to make attempts at breaking world records. Perfectly understandable, as almost everyone dreams of being a legend of sorts.

Over the years, however, the attempts have become wilder and harder to stomach. You can’t help but wonder why people would want to be remembered for something like that. After all, most of the recognition comes from a retinue of people wondering, “Who the hell does that? Is he insane?”

The next few videos will showcase some of the weirdest world records to have been documented. The YUCK! factor is high for some of them, so please continue at your on peril.


This feat is impressive. Yet, I can’t help but wonder how he started this hobby. Did he look at a snake one day and say, “Hmmm… I wonder how it would feel if I put this in my nose?”


How can anyone watch this clip without turning away? Firstly, he’s lying down in a coffin and as if that weren’t bad enough, he’s in there with over 20,000 hissing cockroaches.


I’ve had piercings in the recent past. The last thing that I’d do is dangle anything that weighs more than a quarter of a kg from one. Thomas Blackthorne, who seems to have a masochistic streak, has no such qualms.


I have no words for this man. He pours milk into his eye, and then squirts it out into a coffee cup positioned 2.7 meters away. This gives new meaning to the word “milking.”


While this clip isn’t gross, it’s still strange. This man has the dubious distinction of holding the world record for rolling an orange with his nose. And in public too! Can you be any more desperate for those five minutes of fame?