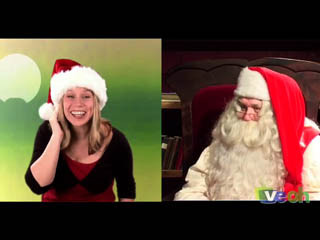 Viral is a new internet TV series (or Vodcast) which brings you weekly entertainment and celebrity news from the web TV world and also tips and tricks on creating you own internet television show.

This week’s episode features some eggnog with Jerry from It’s Jerry Time! A visit from the real Santa Claus who lives in Finland and a special holiday jingle from the Vlog Santa.