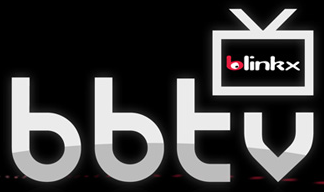 Have you ever started watching a movie on your PC only to end up constantly pausing it to look up a particular song or actor in it?

Today, video search engine Blinkx has launched a unique (Windows only) interactive web 2.0 application called Blinkx BBTV that does all of that for you. BBTV (short for Broadband TV) calls itself “The Future of Online Television,” but is it really all it’s cracked up to be? 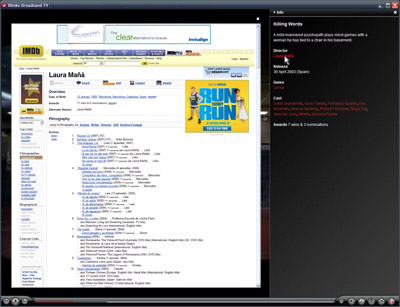 While the software remains ad-free for now, there are plans to add the occasional advertisement after the program gains popularity. But I fear that BBTV won’t even make it to that stage, as there are countless issues that should have been addressed before BBTV even launched.

Nearly all the content is high quality, however, the amount of it is currently limited to independent productions. I was also surprised to find NationalBanana as one of the “250 content partners.” What’s the point of installing an application to see the same content you can find on video sites like YouTube?

Aside from the lack of content, there are some buffering issues that need to be sorted out. While most programs loaded fine, others (probably stored on different servers) took longer. Even with my 4mb connection, I was experiencing some choppiness.

Another promising feature I looked forward to was BBTV’s ability to transcribe the movies I was watching. However, I found this not to be the case for all videos and instead received a blank window.

I highly doubt BBTV has a chance against competing platforms like Joost. Maybe BBTV should take a lesson from those not-so-legal programs and realize that it’s not how you present your content, but what content you have to present.

As for me, I’ll stick to looking everything up after I watch the movie on IMDB.