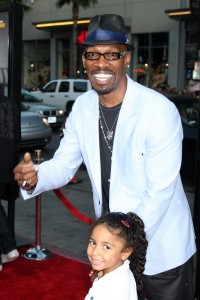 Charlie Murphy, brother of Eddie Murphy, has died at the age of 57. Charlie, also an actor and comedian, star on the Chappelle’s Show, died on Wednesday following a long fight battling leukemia. E! News broke  the news of his death with a statement from his family “our hearts are heavy with loss today of our son, brother, father, uncle and friend Charlie.”

Charlie and his brother Eddie worked together several times in their career with Charlie often making appearances in Eddie’s movie. The two brothers also wrote Norbit together and worked on Vampire in Brooklyn together as co-authors of the scripts.

“We just lost one of the funniest real brothers of all times” wrote Chris Rock.

Murphy died in an unnamed New York City hospital. Family members were reportedly shocked to hear of his passing with many believing he was on the road to recovery. The comedian and actor would receive frequent phone calls from family during his stay in the hospital according to TMZ.

Harlem Nights, a 1989 film directed by Eddie Murphy, was Charlie’s big break into Hollywood. He would go on to play roles in numerous Spike Lee films throughout his career.

Charlie recently joined the Comedy Get Down tour in 2016 joining the ranks of Eddie Griffin, George Lopez and Cedric the Entertainer. His most recent movie was Meet the Blacks and he also had parts for voiceover roles in Black Jesus and Black Dynamite.

“I’m sad that he’s gone, but I’m also happy that I got to know him” states D.I. Hughley. “He was the best storyteller I ever heard” he continues. Hughley states that Murphy always rushed home after a gig to be with his family.

Charlie lost his wife in 2009 from cervical cancer. The couple had two kids together and Charlie had a third child from a prior relationship.