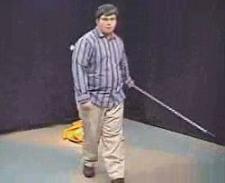 The now legendary video clip featuring Miss Teen USA and the response it fostered has fascinated me since it happened.

I may be a little late to the party in discussing the impact the video has had, but I feel we should dig a little deeper behind the phenomenon that is Miss Teen USA contestant Caitlin Upton.

Just to recap, Caitlin was asked why a quarter of Americans can’t find the U.S. on a map, and gave such a startlingly incomprehensible answer (even for a beauty pageant) that it has to be seen to be believed.

I have embedded the video here, for those of you who might (like me) have been spelunking in Romania or working on the space station last week, and therefore missed the global furore caused by her comments.


Not surprisingly, the clip made it to YouTube in the blink of an eye, and became the latest viral sensation. At last count, the video of a confused Miss South Carolina had been viewed more than 12 million times.

Interestingly enough, however, Caitlin (or her agent and/or parents) didn’t shy away from the publicity.

She showed up on The Today Show — where she explained that she was flustered and didn’t hear the answer properly, and then gave a somewhat better answer.

She also took part in several other events that made light of her blooper, including a geographical pop quiz put on by People magazine on its website.

As marketing consultant Bruce Clay notes on his blog, instead of hiding or trying to avoid the consequences of her blunder, Caitlin effectively took advantage of the same forces that made that blunder so notorious, in what he describes as a textbook example of “reputation management,” Internet-style.

CNN’s Jeanne Moos notes in her video on the Miss South Carolina phenomenon that in the new YouTube era, no one is safe from an embarrassing video clip, and mentions the “Star Wars Kid”.


This was Montreal high-school student Ghyslain Raza, who videotaped himself pretending to be a Jedi knight, only to have the clip uploaded to the Internet by fellow students, much to his embarrassment. He later sued and reached a settlement, and hasn’t been heard from since.

Caitlin, meanwhile, has gotten at least as much positive mileage out of her televised confusion as she has negative coverage — much like the “Tron guy,” a sci-fi enthusiast who was much ridiculed for posting photos of a rather unflattering Tron costume he made.

The Tron guy (also known as Jay Maynard) turned his humiliation in to multiple radio and TV appearances, and was asked to appear at a number of sci-fi conferences and fan events.

Obviously, it’s a lot easier for an adult — or someone with PR management professionals on their side — to handle unwanted Internet attention than it was for 15-year-old Ghyslain Raza.

But Jay Maynard and others have shown that there is a flip side to Internet embarrassment. Can anyone remember the name of the Miss Teen USA winner? Unlikely.

Written by Mathew Ingram, a technology journalist. Catch his views on the intersection between media and the web at MathewIngram.com. This post is licensed under the Creative Commons.

Watch ‘The Last of Us Part 2’ IGN Game Review Video