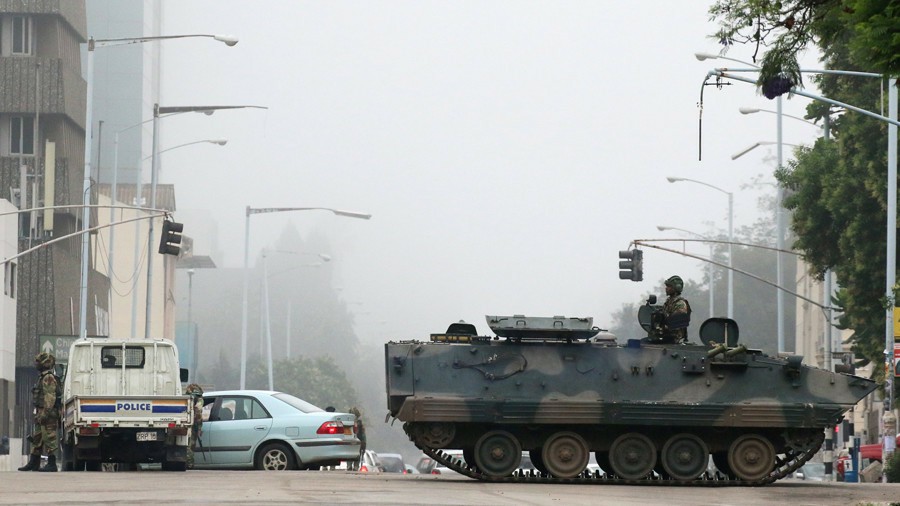 “Zimbabwe’s army says it is not mounting a military takeover, insisting that President Robert Mugabe and his family are safe and sound.

“The statement broadcast on the state-run Zimbabwe Broadcasting Corporation came after a night of unrest during which armoured vehicles took to the streets of the capital Harare, while explosions were also heard.

“”We are only targeting criminals around [Mugabe] who are committing crimes that are causing social and economic suffering in the country in order to bring them to justice,” the army said.

“Soldiers had earlier taken over the headquarters of the state broadcaster, compounding speculation of a military coup against 93-year-old President Robert Mugabe.”