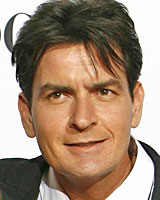 A new internet documentary on the 9/11 attacks is in the works which, in the style of Loose Change, suggests elements of the US government were behind the September 11 attacks on the World Trade Centers.