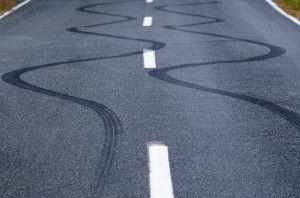 Singer Aaron Carter was arrested in Georgia on Saturday on suspicion of marijuana possession and driving under the influence. Aaron’s girlfriend Madison Parker was also arrested for alleged drug-related offenses, according to E!News.

Aaron was charged with possession of drug-related objects, DUI and possession of less than one ounce of pot. Aaron posted bail for $4,610 and was released.

Nick Carter tweeted: “To my brother: I love u no matter what & if u feel the need to reach for help, I am here and willing to help you get better. Family isn’t always easy, be we’re all here for you.”

Aaron is now speaking out after his DUI arrest, slamming his brother for his public comment.

“If my own blood truly cared about my well-being, why wouldn’t he call me directly and have a conversation instead of making this about him through a very public forum?,” Aaron said. “That’s not cool at all to use me for this PR and kick me while I am down. I love my family despite it through thick and thin.”

Aaron has thanked his fans for their support and prayers. According to a statement from Aaron’s camp, the singer was arrested by several police officers inside of an Auto Zone in Cornelia, Georgia. The officers allegedly revoked his right to an attorney.

According to the statement, “Aaron holds a medical license for medical marijuana for his long standing anxiety. He feels his ‘celebrity’ was targeted and an attroney will be retained in this matter. The video from Auto Zone will prove that Aaron was not in a moving vehicle while arrested and charged with a DUI.”

Aaron was scheduled to perform at Kansas City Live! with Flo Rida in Kansas City, Missouri.

The singer says the lost dates will be made up.