The Angry Video Game Nerd is a very famous YouTube nerd who has only recently come to my attention. I’m not so sure if it’s the fact that he reviews classic (or outdated as some would say) video games, or the actual way in which he reviews these games.

If you’re a fan of web series like You Suck At Photoshop, then you’ll love the humor of Angry Video Game Nerd. 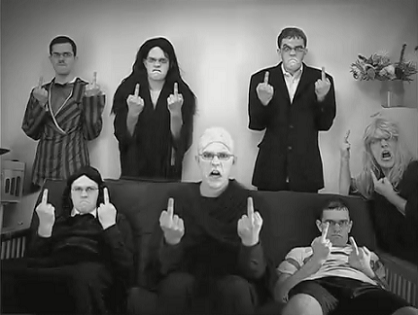 James D. Rolfe has been reviewing games in his own unique way since 2004 under the name “Angry Nintendo Nerd.” But after a trademark issue, he changed his name to “Angry Video Game Nerd” and started reviewing games on other classic platforms including the Atari 2600, Super Nintendo, Sega Genesis, and occasionally N64 and PS1.

Apparently the name change and diversification has paid off. AVGN (ask he’s known by his fans) is the currently the 8th most subscribed director on YouTube. Most of his reviews gain over 500,000 views within a matter of weeks and he recently has had a deal with GameTrailers.com that makes his new episodes exclusive to their site.


This is perhaps the most popular review by AVGN that propelled him to become an internet celebrity. His humor and video editing skills are the reason it has gained $3.5 million views.