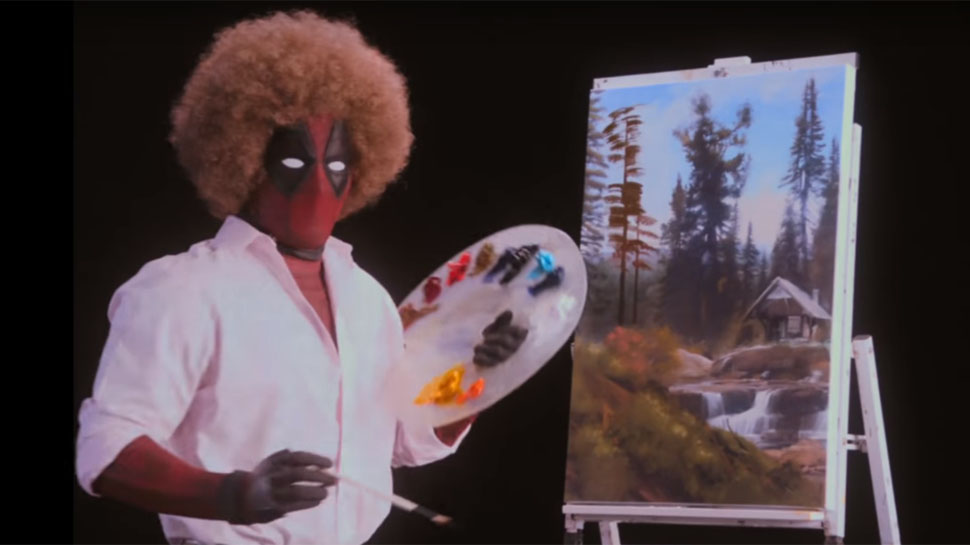 There’s a new Deadpool movie, imaginatively titled Deadpool 2, due out in 2018, which means we have plenty of teaser trailers to enjoy in the build-up.

20th Century Fox has released a new one which lasts for two minutes but which only shows 30 seconds from the film. Because the rest sees Ryan Reynolds channeling Bob Ross.

In this video, Deadpool takes on the persona of Bob Ross from The Joy of Painting. And works of art magically appear on his easel.

Bob Ross would probably be turning in his grave if he saw this, but I think that’s the point. Deadpool is going to mock everyone, regardless of their cult status.