No doubt, Obama is starting to make headlines as he transitions from President-elect to the 44th leader of the United States. Following in the footsteps of Franklin D. Roosevelt’s ‘fireside chats,’ he has started a weekly broadcast to maintain connected with the American public.

Technically, this broadcast isn’t new to Obama’s campaign (the address has always been broadcasted on the radio), but now it’s in video form on YouTube and is gaining views by the thousands. 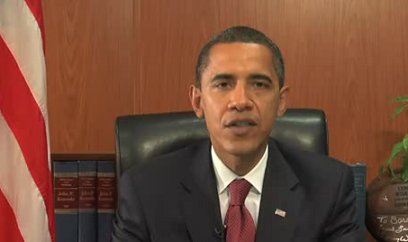 Since Roosevelt’s fireside chats were made during the Great Depression, it’s only natural to compare the two Presidents since we too are in troubling economic times. Even after Obama is in office, he will continue to do these updates in the same manner. It’s looks like all the online buzz the man has isn’t going anywhere any time soon.

But perhaps the most important reason for why he is choosing to do this is to avoid reporters and commentators. Sure, news stations like Fox, CNN, and MSNBC will most likely air cuts from each address, but the choice to see the video in it’s entirety won’t be in the hands of major companies.


This is the first ‘fireside chat’ that addresses mainly economic issues. It was uploaded just a day ago and already the video has been viewed over 500,000 times. As for the YouTube ChangeDotGov channel itself, it is already the most subscribed video channel of this month.