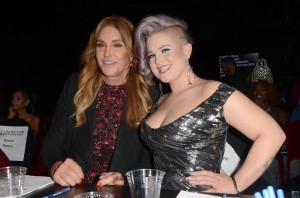 Speaking on 970 AM’s Cats Roundtable, Jenner said, “I have considered it. I like the political side of it. If there’s one thing – I work very closely with the American Unity Fund – that their sole purpose, their mission statement is to get the Republican Party to do a better job with all LGBT issues.”

Jenner says it’s her job to figure out where she “can do a better job.”

“Can I do a better job from the outside? Working the perimeter of the political scene? Or, are you better off from the inside. And we are in the process of determining that. And yea, I would look for a senatorial run,” Jenner said.

Jenner, who is a Republican, has been vocal about the GOP’s need to reach out to the LGBT community. During an appearance on “The View,” Jenner said she has spoken with members of the Trump administration about issues facing the LGBT community.

If Jenner runs in California next year, she will likely be up against Diane Feinstein, Democratic Senator. Feinstein is up for re-election, but she has yet to announce her candidacy.

Jenner, who supported Trump in the presidential election, called the president’s rollback of transgender student protections a “disaster.”

Jenner follows a string of celebrities who are attempting to use their fame and influence to launch a political career.

Last fall, Kanye West said he would run for president in 2020.

No, Taylor Swift Was Not Carried Out of Her Apartment in a Suitcase
Madonna Files Emergency Order to Block Sale of Tupac Letter