You don’t have to have a Hollywood studio or a million dollars to make a good short film and this series will show you exactly how. 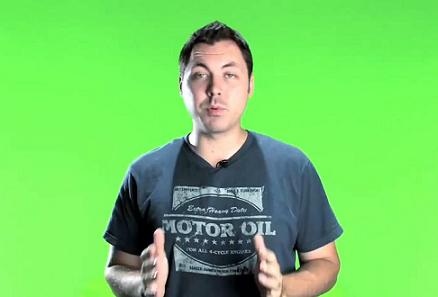 Pro film maker Ryan Connolly shows you everything from how to get a cheap-but-quality camera to putting exploding special effects in a scene. And, best of all, most projects can be done for under $50.

Even if you never plan on picking up a camera (like me), the series is still really entertaining. Not only does it provide a behind-the-scenes look, but each episode also includes a funny random sketch by Ryan himself using his own techniques.

Here’s a typical episode of series. New ones premiere every Thursday.