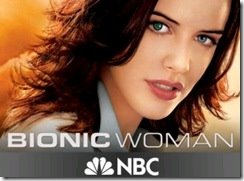 You may have already read that Amazon Unbox

are offering a few of the new NBC pilot, first episodes available for free.

Well, the day has arrived, and those Fall Premières are available to download now. So if you can’t wait to see until the shows air on television, check out some of these.

You can obtain the following shows for free from Amazon Unbox

by clicking on the links below:-

Here’s a screen-shot of the Amazon Unbox Free Download Symbol:

At TV.com you can watch the entire first episode of the new Fox show, K-Ville:-

Click Here to View the first, full episode of K-Ville

Battlestar Gallactica: The Story So Far on Amazon Unbox.  This is a review of the past seasons of the hit Sci Fi show, Battlestar Galactica

You can also find the first two seasons of The Office for free at Netflix using their Netflix, Instant Watch movie-streaming service.  If you’re one of the few people who haven’t seen The Office yet, click the links below to watch any of the full episodes of The Office Season 1 and 2.

These don’t include the torrents that are out there. It was reported that some of the major networks leaked some pilot episodes online to create buzz.

Not sure if that’s true, but I’ve heard that episodes of NBC’s Bionic Woman,” ABC’s “Pushing Daisies,” The CW’s “Reaper”, Fox’s “The Sarah Connor Chronicles,” ABC’s “Cavemen,” and NBC’s “Chuck” and “Lipstick Jungle are all available on the various torrent sites.

I think I’ll stick to using my Home Theater PC software Beyond TV to record these shows rather then hunt for the torrents, but I’m sure there have been many people downloading these shows.

This article was written by Brent Evans, a tech & gadget enthusiast. It is licensed under the Creative Commons.