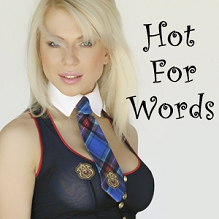 HotForWords, otherwise known as Marina Orlova, is YouTube’s most popular 27 year old. Not just for her good looks (she was crowned last years ‘Sexiest Geek of The Year’) but because of her web show where she specializes in word origins.

She covers slang terminology like “duh,” “bimbo,” and “420” as well as John McCain’s favorite word: “maverick.”

At least twice a week since 2007, Marina has kept her show simple: posing in a relaxed place (usually on a floor or couch), she takes one word requested by her viewers and breaks down where the definition of it came from. Little did she know that this simple formula would attract millions of viewers. 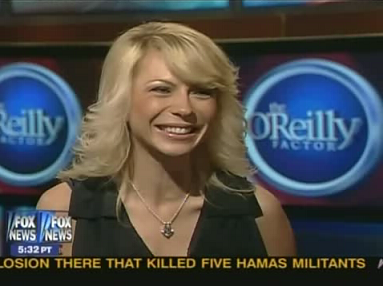 As of now, HotForWords is the most watched channel on YouTube closing in on about 124 million video views; even more than corporate channels like Universal Music Group and the NBA. In fact, it isn’t uncommon for a single webisode to near 1 million views. She’s even been on the O’Reilly Factor– three times!


This is one of the latest episodes where Marina breaks down the origin of “maverick.” As it turns out the word originated in the 1800’s; about the same time John McCain was in college. Shame on you McCain for misusing the word!