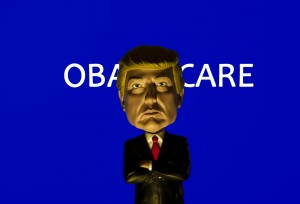 Jason Momoa, former Game of Thrones actor, has apologized for making a joke about “raping beautiful women” on the show. Momoa made the joke in 2011 during a panel discussion at Comic Con. A video clip of his comment surfaced on the web this week, a time when sexual harassment in the entertainment industry is in the limelight.

Footage of the video has gone viral since it was first posted to Twitter on Thursday. In the clip, Momoa is heard saying, “There’s so many things you can do, like rip someone’s tongue out of their throat and get away with it…rape a beautiful woman, you know?” The actor was referring to the sci-fi and fantasy genre, which Game of Thrones is a part of.

Momoa released a statement apologizing for the comments he made several years ago.

“I awoke in Australia to the justified reactions by many people to a distasteful joke I made years ago a in Hall H for which I am sorry,” Momoa said on Instagram. “I am still severely disappointed in myself at the insensitivity of my remarks that day. I know my sincerest apology now won’t take away those hurtful words. Rape and sexual harassment can reach anyone and I have seen first hand its painful torment among members of my own family and friends.”

Momoa added that he “made a truly tasteless comment” that was unacceptable, and offered his sincerest apologies.

The footage of Momoa’s comments came amidst allegations that Harvey Weinstein sexually assaulted several women throughout his career. Multiple women have also come out and made assault allegations against Ben Affleck.

Several actresses have spoken up about their experiences with Weinstein, including Kate Beckinsale, Angelina Jolie, Gwyneth Paltrow and Ashley Judd. The New York Police Department has opened an investigation into the allegations against the mogul.