It’s looks like anyone and everyone is jumping on the web series bandwagon. Just Recently, Lexus teamed up with former “Friends” star Lisa Kudrow to create an online comedy series titled “Web Therapy.”

With a million-dollar budget from L Studios (Lexus’s new online channel), you’d expect nothing but laughs from this systematically funny show. 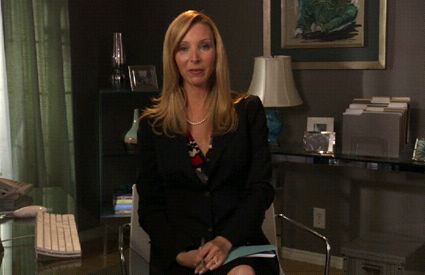 On the contrary, “Web Therapy” doesn’t prove to be nearly as funny as hyped up to be. Of the three episodes that have been released, I have not so much as chuckled at the awkward humor. One can only hope that the guest stars can save the show.

When completed, the series will have reached 15 episodes; leaving 3 for each of the following guest stars:


This is the latest, and possibly funniest (I kid you not), episode of “Web Therapy.” So far, each episode features Kudrow playing the role of a selfish dimwitted shrink who conveniently limits her online sessions to three minutes in length.

Three minutes allows ample time for humorous arguments and breakdowns, unfortunately, the show is mostly unscripted and the comedic potential has yet to be realized. Eventually, there might be chemistry, but lets hope it doesn’t take 16 episodes for that to happen.