‘LOL’ is a teen web series shot in Manchester “exploring the world of sex, drugs and social networks.” If this sounds fairly familiar to you due to shows like Skins and The O.C., then you might want to skip this web series re-hash.

However, if you can ignore a highly unoriginal plot, ‘LOL’ might just be the comedic break you need. Although, I highly doubt the creators intended for it to be a comedy. 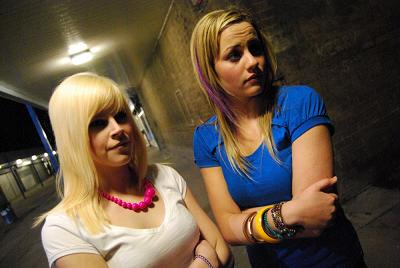 While ‘LOL’ isn’t the absolute worst teen web drama, it certainly doesn’t bring anything new to the table. Acting wise, the series isn’t half bad, especially when Bryony Seth (from ‘Hollyoaks: In The City’) is one of the main characters. But even with an attractive and talented cast, the show still lacks in music and plot.

After watching the series to the half-way point, I found myself laughing at how stereotypical and predictable the script was. Director Roc Forester was a storyline writer for Hollyoaks– and it shows. Don’t expect anything more than something passable for a daytime soap-opera.

Here’s the trailer for the series. Good girl meets bad girl, bad girl introduces her to a world of parties and drugs, mother gets upset, someone gets pregnant- you get the idea.