My Long Distance Relationship is a comedy series about Sam (played by the comedian Dan Levy) and his pathetic struggle to maintain his 11 month long relationship with his girlfriend Samantha via webcam.

We all know long distance relationships are nearly impossible in college, but it’s even more rediculous when the couple is 3,462 miles apart.

Comedian Dan Levy doubles as an actor and writer of the show, and the outcome couldn’t be more perfect. As the show progresses, his role of Sam the nice-guy-pushover type gets even more frantic over the cute and innocent girlfriend Samantha. 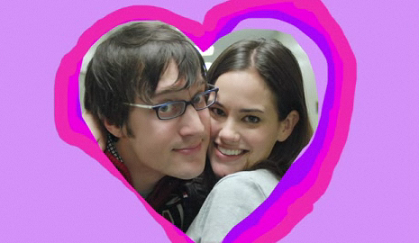 Since the series is distributed by Sony Pictures, it is exposed on all video sites affiliated with the company including Hulu and Crackle. More recently, MTV has been considering picking up the show in the footsteps of The CollegeHumor Show.

Here’s the first episode where Sam explains his loving relationship with Samantha. Could Cody, the hot RA, become a problem for the couple? Find out by watching more LDR on Hulu.