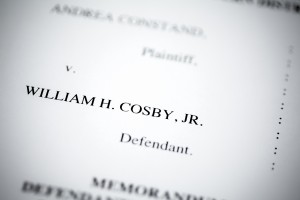 A new date has been set for Bill Cosby’s sexual assault retrial. A judge announced on Friday that the comedian will once again go on trial starting November 6.

The trial date is nearly five months since a judge declared his previous sexual assault trial a mistrial. The jury was deadlocked after 52 hours of deliberation over six days. After being unable to come to a verdict, the judge declared a mistrial.

“You’ve worked so hard,” said the judge. “I’m compelled to declare a mistrial. It is neither a vindication or a victory. This was the justice system.”

Cosby was charged with three counts of felony aggravated indecent assault stemming from an incident in 2004 involving Andrea Constand. Cosby was accused of drugging and molesting Constand in his Philadelphia home.

Constand told the jury that Cosby gave her pills that made her feel dizzy and penetrated her with his fingers while she lay on the couch unable to move.

Cosby has maintained that he is innocent.

Camille Cosby’s wife criticized the prosecution after the trial ended in a mistrial.

One alternate juror, who was unable to talk about the case during deliberations, said he felt “ridiculously sick” when he learned that the jury had not reached a verdict.

“I probably would have convicted based on the evidence I heard,” he said.