Susan (played by Sarah Silverman) may be a fictional character, but she has a lot of similarities with the real-life Sarah from the ’90s.

‘Pilot Season’ takes place in 2004- about 8 years after the making of Sarah Silverman’s first movie Who’s The Caboose?.The only problem with this, of course, is the fact that most people have never seen the unreleased movie and this hurts the character development. 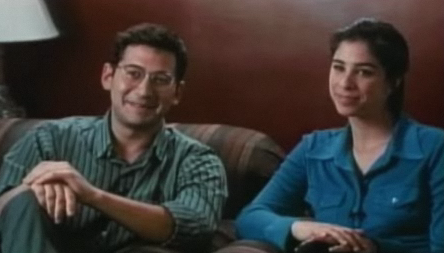 Still, Sarah, David Cross, Andy Dick, and Isla Fisher have enough comedy in them to keep casual viewers interested. If you’re a fan of quirky comedy shows like The Sarah Silverman Program and The Office, chances are you’ll enjoy this series.

Here’s the first episode (turned webisode) titled “That Was Then… This Is Now.” New episodes premiere every Monday until all 30 are released.