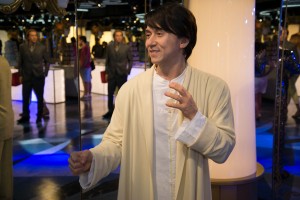 Jackie Chan confirms that Rush Hour 4 is happening after more than a decade. Chan appeared on The Cruz Show on Power 106 where he discussed the franchise. He states that after years of rumors, he has given a green light on producing the next iteration of the film.

Chan stated that he has acted in several different roles over the years, but that Rush Hour is a film that you can do at any time despite your age. He even states, “Rush Hour you can do any time… Next year!”

He stated that insiders have been pushing the actor for a new film for seven years. He turned down the script year after year, but he states that just yesterday they agreed to a new script.

“The script probably at the end of this month will have a second draft and next year, probably start,” Chan said.

The actor states that it’s not about money, but about having the time to make the film.

Five years ago, Tucker said in an interview that “we’re looking into it,” commenting on him and Chan filming Rush Hour 4. Chan also stated that he will meet with the director and Chris Tucker soon to make sure the script is going in the right direction.

There has not been a confirmation on who will be director if Tucker agrees to the film. Brett Ratner, the director of the previous Rush Hour films, is likely to be the director for the franchise’s fourth film, too.