The Videomakers is a mockumentary web series that goes behind the scenes of a fictional reality TV production company called “Lowball Productions.”

The show’s concept is great- it’s about damn time somebody made a series about how exploitative reality TV shows are. Unfortunately, the same can’t be said for other aspects of the show. 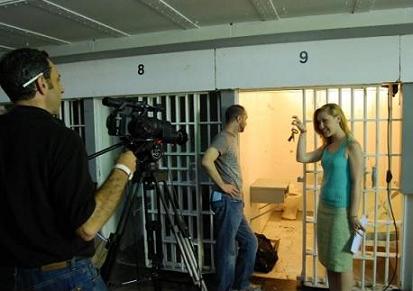 Looking at the trailer, The Videomakers actually seems half-way decent. The directing and editing are professional and the one-liners are worth a laugh or two. After watching a few of the episodes, however, it became clear to me that the writing and acting were enough to throw off the balance of the show.

The biggest flaw of the show are the actors; it’s as if the characters are reading lines from a joke book. Even the situations they find themselves in would be more funny as stories you heard at a party. It’s no surprise that the show hasn’t broke 50 subscribers on YouTube yet.

This is the first episode of the show where Lowbrow Productions is filming a horrendous pilot. A bit ironic if you ask me.