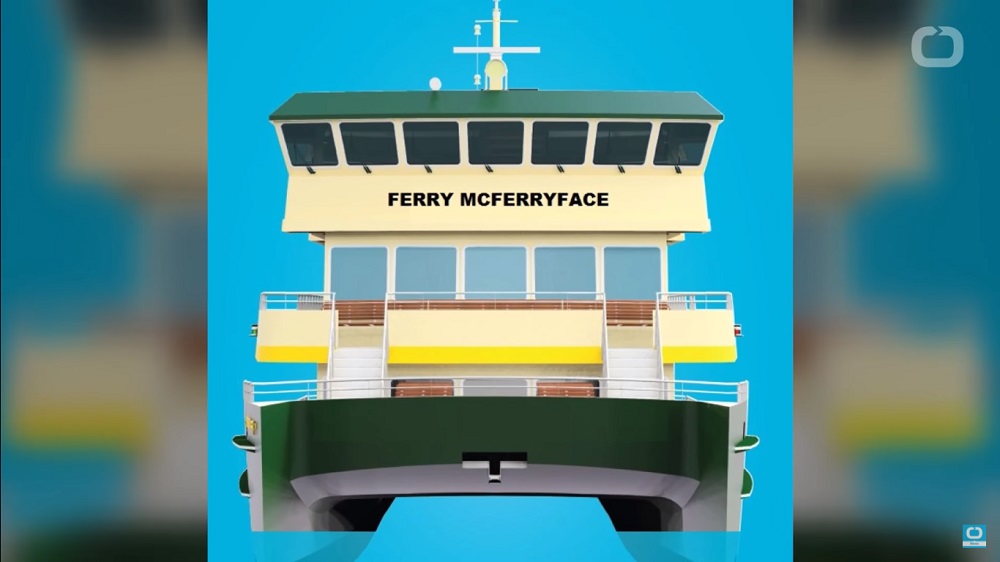 You didn’t think Aussies were going to miss out on such a grand naming opportunity, did you?

“Ferry McFerryface is now officially the name of the last ferry in a new fleet of inner harbour vessels.

“The name was voted on by hundreds of Sydneysiders in a competition which allowed the public to be part of maritime history.

“However, the most votes actually went to the name Boaty McBoatface, the notable title Brits voted to call a new research vessel last year.

“But Minister for Transport and Infrastructure Andrew Constance said they wanted to avoid a double up.”