The Hungry Beast is somewhat of a bastard child of all the regular news on TV in Australia. Every week, the show re-examines the latest stories and usually addresses some details that the major media ignores.

You don’t have to be Australian to find their segments thought-provoking. 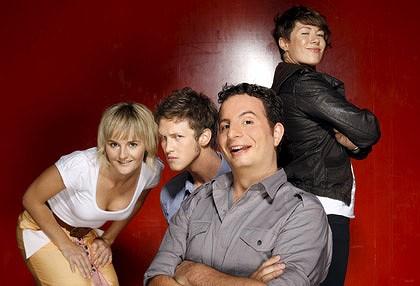 Filler news like man-on-the-street interviews and depressing “new statistics” flood most news networks daily. The most interesting stories are only found in hindsight- which is why The Hungry Beast succeeds with it’s niche audience.

This is the “prank” that made The Hungry Beast popular. Just to see if major news networks actually checked their sources, they formed an elaborate hoax and spread a press-release with nonsense claims. $300 and a few days later, they actually fooled nearly every major station.