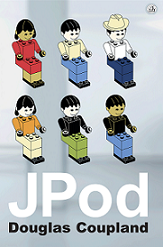 Chances are, you’ve probably never heard of the Canadian cult show jPod that aired, and got cancelled, earlier this year. The former CBC comedy was based on a bestseller by author Douglas Coupland.

Recently The WB picked up the series in response to a fan-led protest- not for a second season, but for web distribution. You can now see every jPod episode online before the DVD release on September 9th. 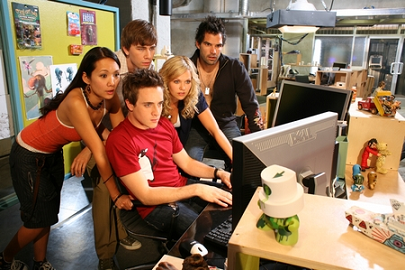 Instead of taking the usual route with DRM-laced players, The WB legally offers jPod through the video portal Dailymotion. Those craving fast loading times and high quality video won’t be disappointed. As for the plot, it can only be described a perfect blend of marijuana, video games, and workplace mishaps.

Despite poor ratings, the show did have a few recognizable faces:


Here we have the pilot episode of jPod where the video game designers get a new boss and have to cope with his strange obsession with putting a turtle in their latest project: a violent skateboard game.