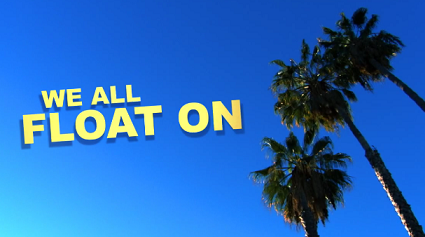 ‘We All Float On’ is a new comedy show from that chronicles the adventures of Marvin and Timmy; a not-so-lazy fat guy and a rude midget.

Aside from the refreshing cast, the series is shot in breathtaking HD and directed by a commercial guru.

According to cast members Nic Noviki (The Sopranos) and Bob Bledsoe (Trigger Happy TV), a lot of the scenes were improvised. “Most TV shows are very locked into their script, so it was cool to work on a project where the director and writer were so open,” said Bledsoe. 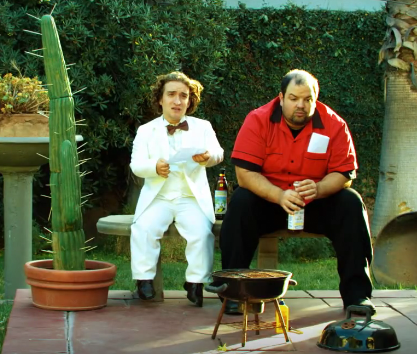 The show centers around the friendly bonding between Marvin and Timmy as the world as they know it crumbles around them. After the two lose their internet business, Marvin loses his father, and along with him, his house. The plot is so pathetic, it’s comedic.

In this first episode, you can clearly see that friends’ uncaring casual attitude is what makes the show funny.