If you’re a fan of concept cars then Scion’s new show Reinvent The Wheels may become your latest vice.

The concept is simple: 3 different car designers team up with professional garages to make the most creative car. At the end, the winner takes home $30,000. 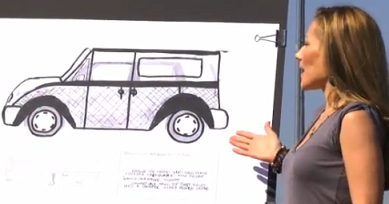 With prize money in the tens of thousands, right-off-the-bat you know this show will be a step above most web series; the budget is big enough to afford a host and 3 judges. In fact, I could easily picture this show on cable if the episodes weren’t 7 minutes long.

As of yet, only the first of all 6 episodes have been released. Scion’s aren’t usually known for being muscle cars, but the designs look promising. It’s bound to be exciting when the Pimp My Ride aspect of the show kicks in.

This is the first episode which premiered last night. Like most reality shows, it’s the personality of the cast that makes it interesting.