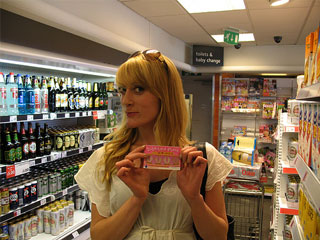 The new series Where Are the Joneses? has been active for the past month. Each day, the series has been posting five-minute episodes online. But this isn’t the most exciting part of it . . .

Viewers of the sitcom are being encouraged to interact with the series! By visiting the Where Are the Joneses? forum, viewers are able to contribute storyline ideas or actually take part in the writing of the series.

The series itself follows Dawn Jones, played by Emma Pryor, who has discovered that her deceased father was a sperm donor and had donated his sperm to 26 women besides Dawn’s mother. Jones decides that it’s up to her to find all of her half brothers and sisters.

Why not get involved? Already two viewers who had offered themselves up for roles have been accepted into the series. For more info, check out the Where Are the Joneses? wiki.

Where Are The Joneses? – First Episode: