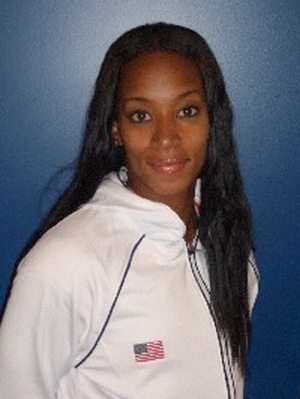 Competing in the 100m at her first ever Olympics, 27 year old (birthday October 4, 1980) MeLisa Barber is hoping to get the gold, just as she did at the 2006 World Indoor meet. She just barely beat Lauryn Williams for the 60m win.


With that victory, she joined the ranks of Gail Devers as the only American woman to win world indoor 60m gold.


Yet another half of a powerful twin sister athletic duo, MeLisa has closely followed her sister Mikele. The sisters have been featured on many magazines – including USA Today and Sports Illustrated – as well as an Oxygen network television special.

Picture Credit: USATF.org
Check Out All of the 50 Most Beautiful Women of the Olympics
Continue Reading
You may also like...
Related Topics: