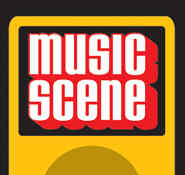 is redefining internet television by allowing users to interact in live video sessions via video chat. It will be releasing several original shows throughout this month.

One of PalTalk’s newest shows is MusicScene, a weekly show featuring live music from some of the hottest artists out there. Using PalTalk you will have a chance to interact and engage in this live show.

. It wasn’t that big of a deal to download the free software, but it sure did throw me for a loop.

To make matters even worse, PalTalkScene was shut down because of some sort of error before I even had time to register as a new user.

I love the idea of being able to interact with live shows. I also love the fact that MusicScene is getting some awesome musicians to perform on the show. However, I really think that they need to get all the bugs worked out of the PalTalkScene software–and soon.