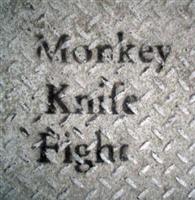 Animals have always been a great source of entertainment and even more so when they get violent.

So I took a trip around the web to find some of the best animal fighting videos and here is what I found.

I showed this video in the Kung Fu videos post I made but I really liked it so just had to show it here again too! That monkey knows its moves.

I wouldn’t peg a chicken as a bird that likes to break up rabbit fights but it does.

It looked at a lot of tiger fighting videos and this was definitely the best with a clear and steady shot of these tigers fighting.

This Cougar gets its claws right into this bears head

Up on the kitchen shelf these cats give it all they got.

This cat thought is had the upper hand with it’s Kung Fu moves, but the other cat has something up it’s sleeve.

More in Animals and Pets